Dionise Elected to PA Bankers Board of Directors

James V. Dionise, President and Chief Executive Officer of Mars Bank was elected as an officer of the Pennsylvania Bankers Association’s (PA Bankers) Board of Directors. Dionise will serve as the board’s first vice chair. 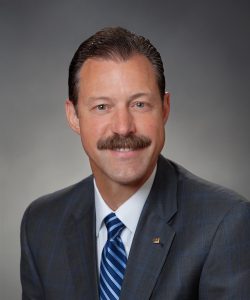 The Board of Directors, which includes the association’s officers, policy committee chairs, group and deposit representatives, and at-large members, will meet at least quarterly to determine the policies and administration of the association. Members of the board are CEOs and senior-level officers of PA Bankers’ member banks.

In the role of first vice chair, Dionise will serve on the PA Bankers’ Personnel Committee, chair the Audit Budget and Finance Committee, and attend banking industry and state bankers association meetings throughout the U.S., representing the association at various events.

For more information about the Pennsylvania Bankers Association, visit PaBanker.com

From time to time, we provide links to other websites for the use of our visitors, which have been compiled from internal and external sources. By clicking “Continue” below, you will be opening a new browser window and leaving our website. Although we have reviewed the website prior to creating the link, we are not responsible for the content of the sites.

Information on linked website pages may become dated or change without notice, and we do not represent or warrant that information contained on these linked pages are complete or accurate. We suggest that you always verify information obtained from linked websites before you act upon such information.

The privacy policy of this bank does not apply to the website you visit. We suggest that you always verify information obtained from linked websites before you act upon such information.